SVP sends volunteer teachers to various parts of Sudan. Below you will find a brief introduction to our main placement locations. 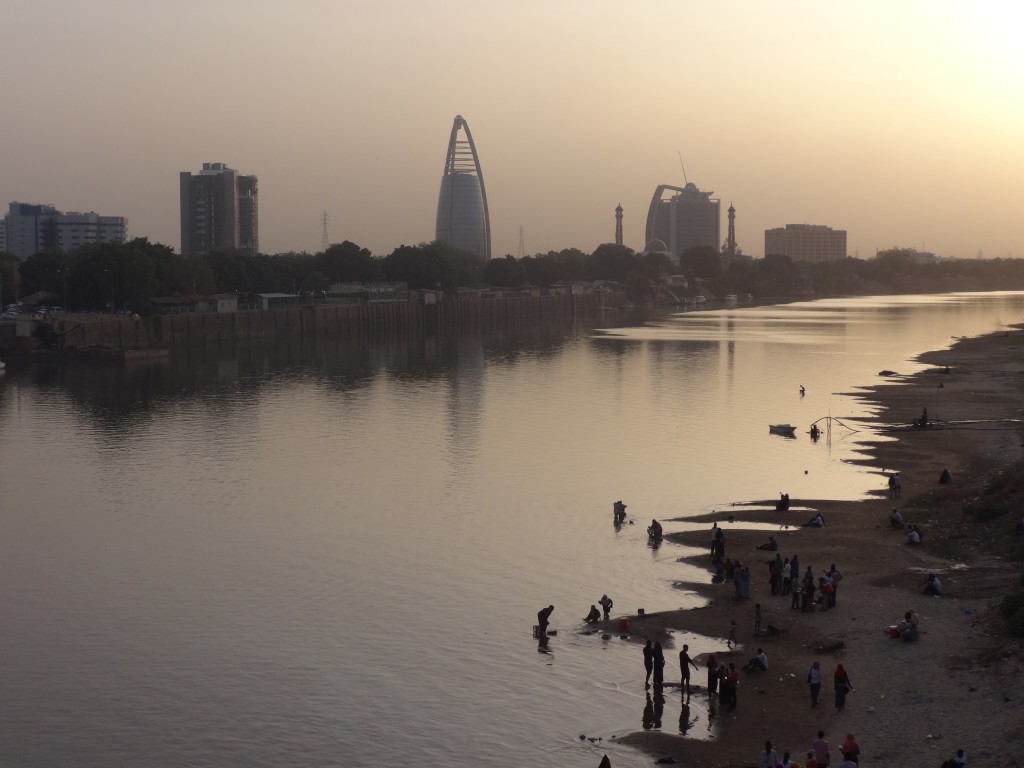 The capital and largest city in Sudan, Khartoum is markedly different from the rest of the country. Founded in 1821, it rests strategically on the confluence of the Blue and White Niles. Khartoum is modernising rapidly, but the infrastructure sometimes struggles to accommodate increasing population levels.

It is a very safe city and the people remain hospitable, optimistic and in touch with traditional Sudanese culture despite the economic pressures and changes.

These days Khartoum merges into a tripartite megacity including Khartoum North (Bahri) and Omdurman, both on the opposite banks of the Nile. With a combined population of around 10 million, Khartoum is a major city by any standards. 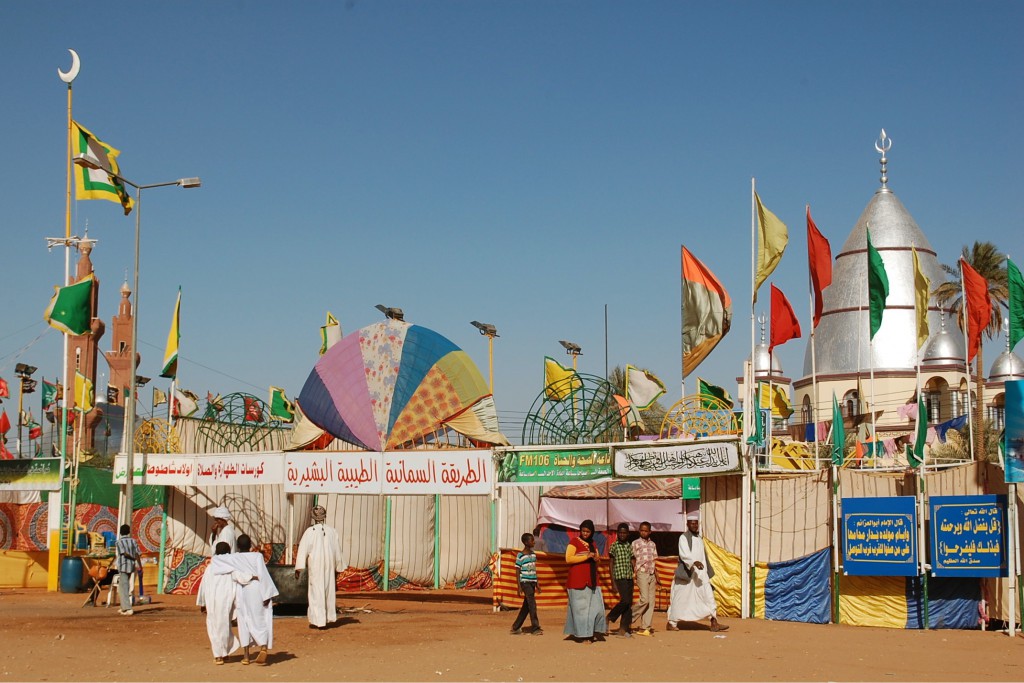 Omdurman is the spiritual and cultural heartland of Sudan. It was the Mahdi’s capital and briefly the seat of power for Sudan whilst his forces controlled the country. While people may work in Khartoum, they live in Omdurman.

The numerous souqs burst at the seams daily with mercantile activity and the comings and goings of daily life in Sudan. As well as the striking Mahdi’s tomb, Omdurman is home to the charming open-air National Theater, situated on the recently refashioned Nile Street (not to be confused with a similar esplanade that lines the Blue Nile in Khartoum).

Placements include Ahlia University, Ahfad University for Women and the University of Khartoum’s Faculty of Education. 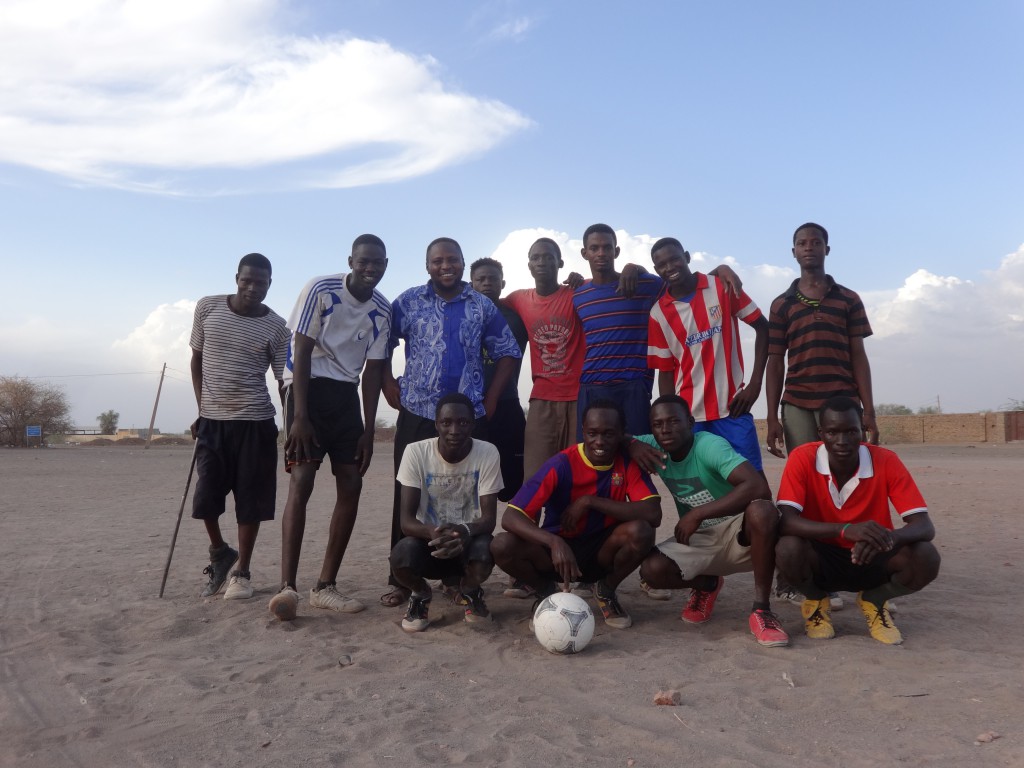 Wad Medani, one of Sudan’s major cities, is the capital of Al Jazirah State, famed for its agricultural production.

Situated on the banks of the Blue Nile, the city still maintains its pastoral air and is a national centre for the production of cotton and food. The renowned Al Jazirah Project, which aimed to make this area the national food basket, was centered nearby,  and has left a monumental irrigation system that harnesses both the seasonal fertile waters from the Blue Nile and the sloping of the land away from the river itself.

The beaches along the river are a popular destination for locals and one of the focal points of Sudan’s inchoate tourist industry. 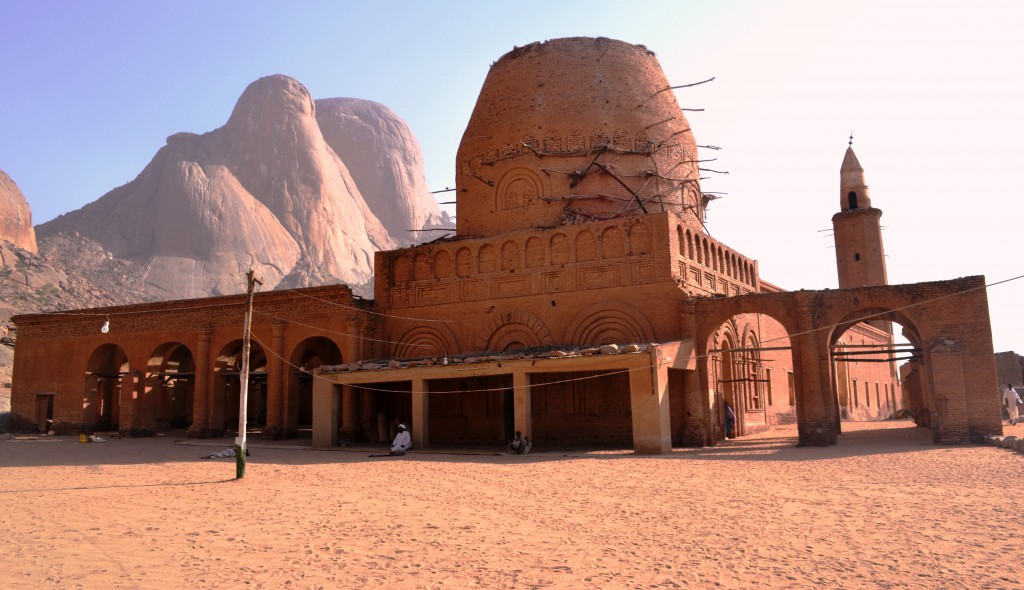 Kassala is known for the rich and unique culture of the Kassalaowy. Its ethnic and tribal diversity, in part due to its close proximity to Eritrea and Ethiopia, can be seen in the variety of traditional clothes and customs that locals still hold on to.

Jebel Totil, one of Sudan’s best-known landmarks, looms over the city and provides a stunning backdrop for the nearby Khatmiyah mosque that stands mystically and perpetually incomplete.

Pastoral growth, herding and fruit production form the backbone of the local economy. With its picturesque location, mountains, seasonal river and orchards, Kassala is a top destination for newlyweds on their honeymoon and domestic tourists.

Placements are with the English Language Department at the University of Kassala. 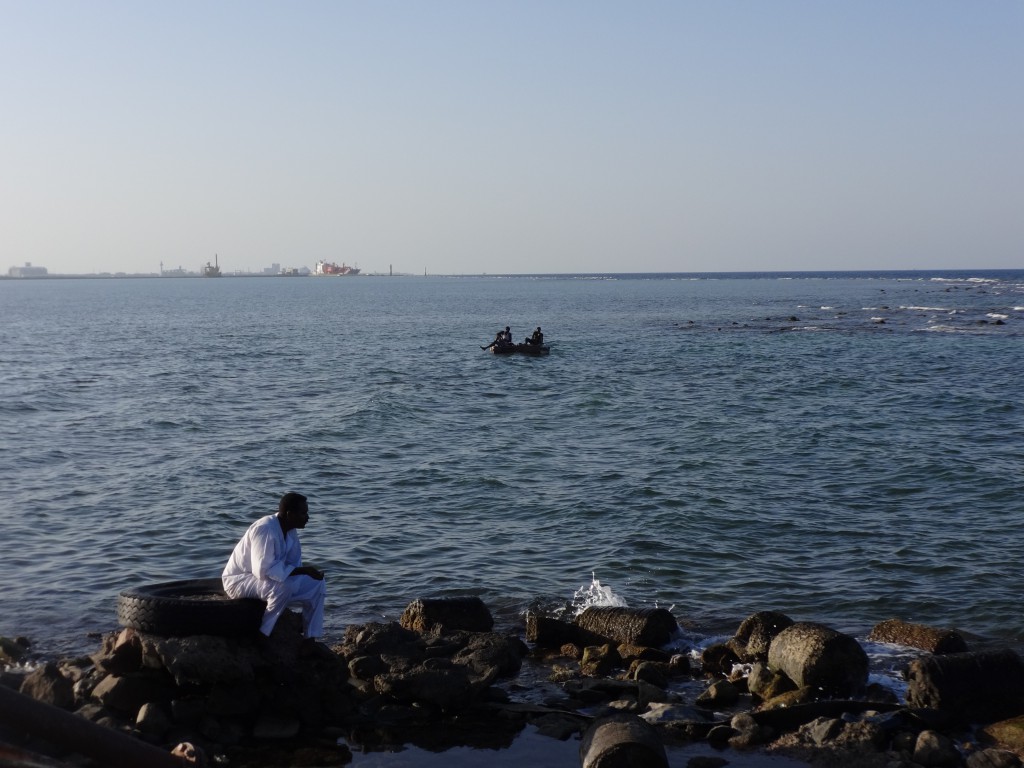 Established at the turn of the twentieth century by the British as a deep-water port alternative to the shallower waters of nearby Suakin, Port Sudan has grown in the intervening century to reach a population of around half a million.

Port Sudan is now the end of the line for much of Sudan’s commercial export industry, with crude oil, cotton and Gum Arabic all being exported from the docks. The city and surrounding area enjoy a relatively mild climate, making it a popular destination for visitors, who are also able to enjoy the abundance of coastline and lapping waters of the Red Sea. 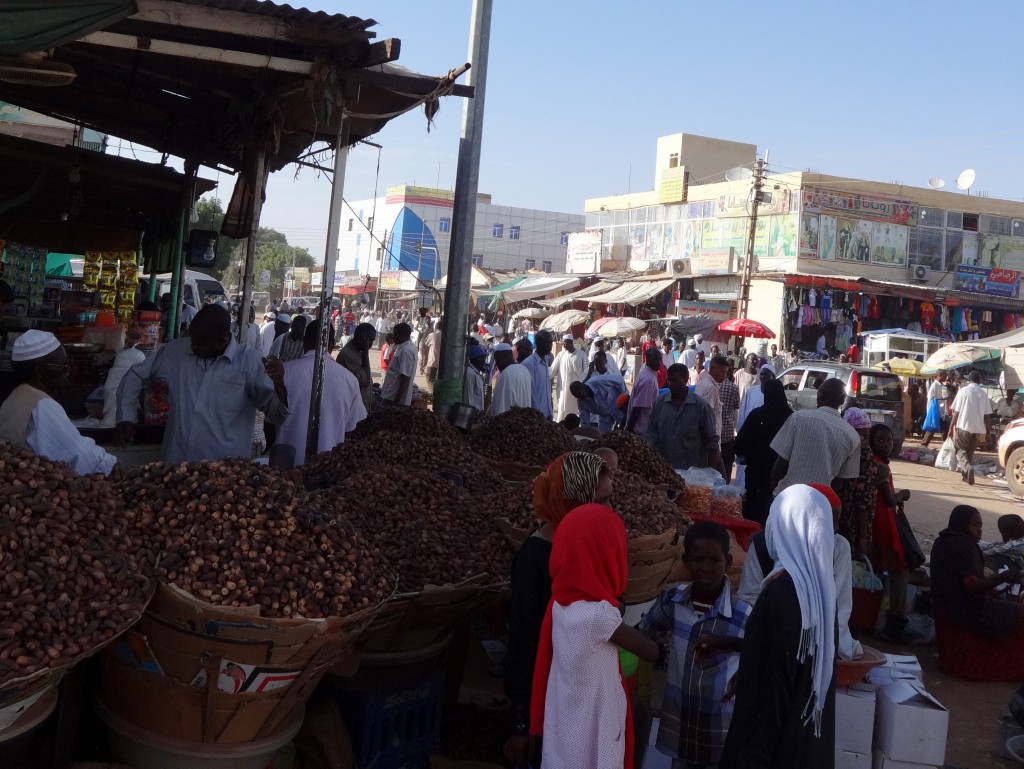 El Obeid is a traditional gateway to the west and south of Sudan. The city has a population of around 400,000, including some staunch Mahdists who recall the defeat of the Anglo-Egyptian forces in 1883.

After the defeat of the Mahdist army, El Obeid became a major producer of Gum Arabic, a vital ingredient in many carbonated soft drinks the world over. In the past, camel caravans made the passage from place to place, but now, thanks to improved infrastructure and transportation, El Obeid is a gateway to the north and east as well as the south and west.

El Obeid is also known for its cultural plurality, reflected by the location of one of Sudan’s finest Catholic cathedrals opposite the Islamic Cultural Centre, which in turn is located next to the football stadium.

Placements are with the English Language Department at Kordofan University. 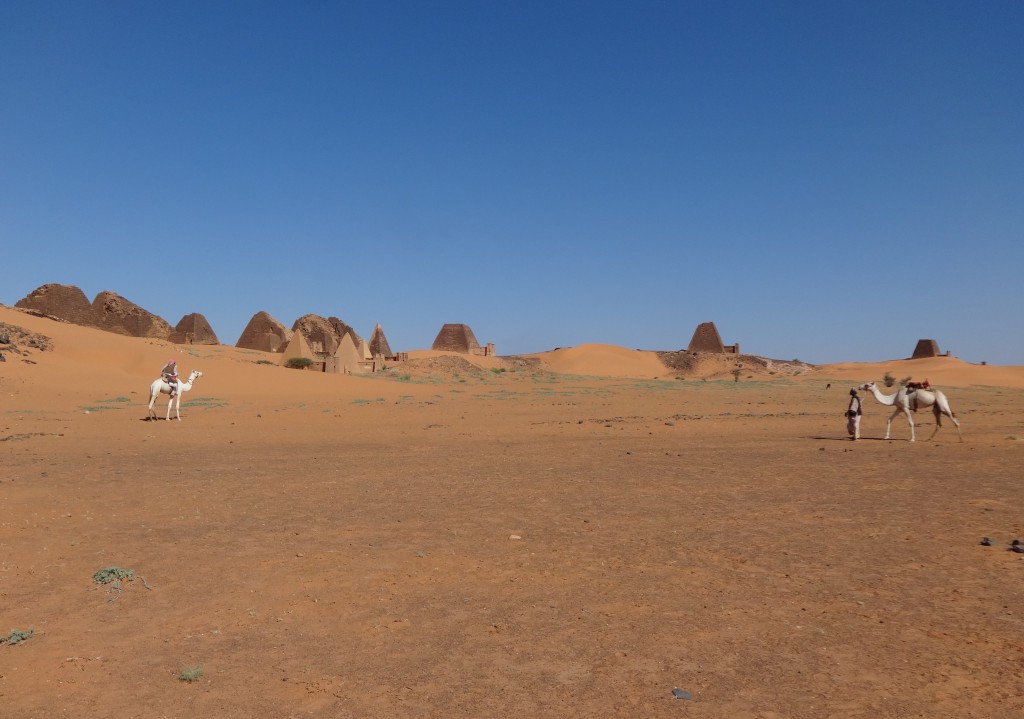 New Dongola, the capital of Northern State, is a particularly affluent town. Situated on the Nile, it is an oasis from the harshness of the northern deserts. Fruit and vegetables are grown in abundance in the well-irrigated fields and date palms serve as a pillar of the local economy and culture.

Dongola is surrounded by archaeological remains left from the once powerful Nubian empire that controlled much of the region, although many have been lost to the sands of the desert. Historical purists and a growing curatorial spirit have prompted renewed archaeological interest in the area. It is an exciting destination for archaeologists and those who wish to walk among commercially unspoilt historical sites.

Placements are with The University of Dongola. 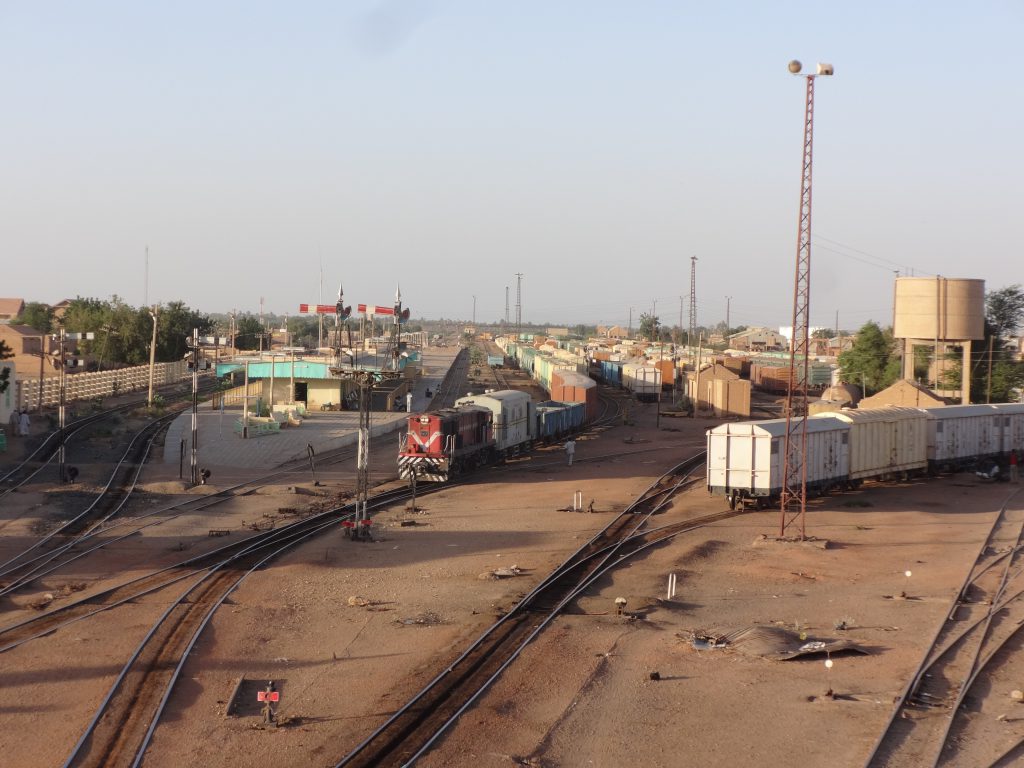 Atbara, in northern Sudan, is the centre of the nation’s now forlorn railways, which made it the de facto capital under British rule. It is home to the communist movement and also to some of the most powerful tribes in Sudan (including the Shaigiya, Ja’alin and Danagla), giving it significant influence on domestic political currents.

Apart from the railways, Atbara has healthy date palm and cement industries. Dates play an important part in northern Nilite tribal tradition where, before the prohibition of alcohol, men would drink its wine and write poetry.

Atbara is the location of a train museum that is surprisingly well-maintained and is a notable acknowledgement of the importance of the railways in the city’s recent past.

Placements are with the River Nile Medical Faculty. 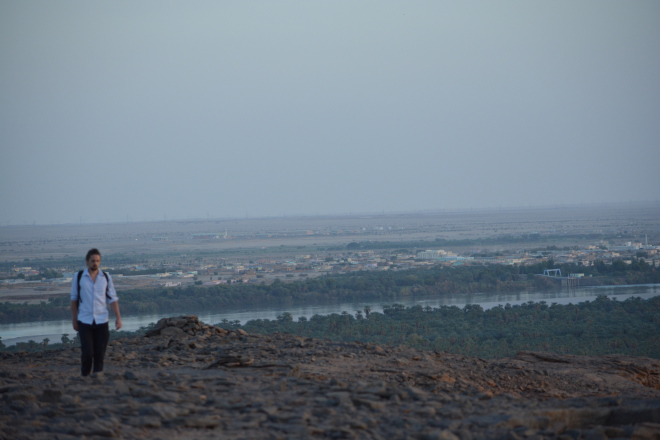 Merowe and the adjacent town of Karima are within striking distance of some of Sudan’s best-known places, both old and new. Chief among the historical sites are Jebel Barkal and the ruins of the ancient city of Napata, together designated a World Heritage Site by UNESCO, while a short drive northeast of the town takes you to the Merowe Dam, the largest of its kind in Africa ever since it commenced operations in March 2009.

No visitor to Merowe and Karima can fail to be impressed by the view of the Nile snaking through the desert from the top of Jebel Barkal, its banks lined by date palms.

Placements are with Abdulatif Alhamad University of Technology.